Bryan Schwartz Goes Back to School 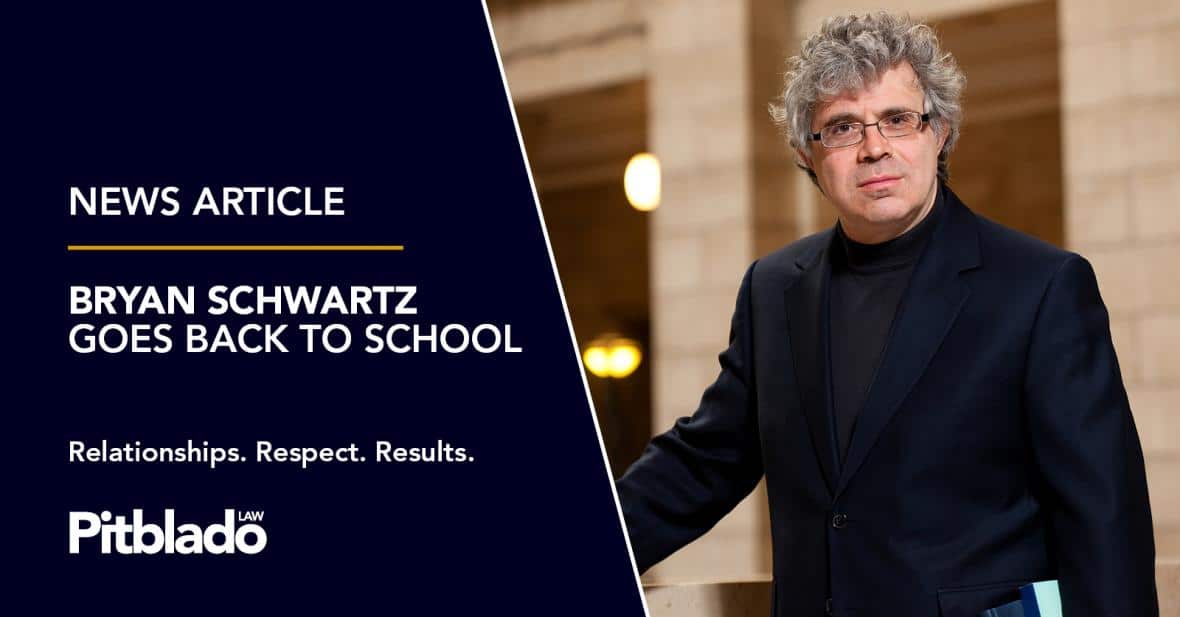 Bryan Schwartz has practiced, taught, and written about the law in many dimensions for almost four decades. He appeared in his first case at the Supreme Court of Canada when he was 25. Since then, he has almost forty years of experience as a practising lawyer and as an award-winning teacher and scholar, and as an author or editor of over twenty books. Click here for more on Bryan’s career.

“The practice area I want to focus on most at this stage is to help people solve problems as a mediator and arbitrator.” Bryan hopes he can do more work in these areas, including by online as well as in person means.

Bryan went back to online school in 2018 and completed a 240-hour certificate program in mediation. “After almost four decades as a practitioner and scholar, it was fun to be a student again. Apparently, I can still do it – 4.0 G.P.A.” (Bryan obtained his doctorate in law from Yale Law School in 1986, early in his career as a professor at the University of Manitoba).

Bryan has seen the world of conflict resolution from many perspectives, through advising both employers and unions. He has long been a manager himself, working on his own start-up with his musical theatre piece and CDs, but is also a long-serving employee, and served on his own union’s bargaining team.

He has worked as an adjudicator in commercial arbitration panels at the national and international levels and advised clients with all kinds of backgrounds in many areas of law: public, commercial, non-profits, regulation of professionals, etc. Bryan has also worked with governments at the federal, provincial, and Indigenous levels in the areas of governance, policy formation, and legislative drafting.

Bryan is happiest professionally when he can help people solve problems amicably, expeditiously, and fairly. He has always advised young lawyers and students that their job as a lawyer is to help get a good practical result

In Alternative Dispute Resolution (ADR), the qualities he tries to bring are maintaining a courteous and if possible, good-humoured environment, while combining some hard and creative thinking with simple, down to earth ways of communicating. ADR gone wrong can be just as expensive and exhausting as a court process. Gone right, it is practical, fast and fair.