Real reasons why a contract may be unenforceable

I have recently been contacted by several solicitors in respect of the British Columbia Court of Appeal decision Griffin v. Martens, 1998 CanLii 2852 (BCCA).

By virtue of Griffin it has been suggested, and the writer does not agree, that if a condition precedent is boldly subjective it may render the entire contract unenforceable.

In Griffin the question in the appeal turned on the meaning of the following italicized clause in an interim agreement for the sale of land:

SUBJECT TO PURCHASER BEING ABLE TO ARRANGE SATISFACTORY FINANCING ON OR BEFORE FRIDAY, MAY 31, 1985, AT 6 P.M. THIS SUBJECT IS FOR THE BENEFIT OF THE PURCHASER AND SHALL BE REMOVED IN WRITING ON OR BEFORE 6 PM. MAY 31, OTHERWISE THIS OFFER IS NULL AND VOID.

The italicized clause is one which, in one form or another, is all too common in Manitoba real estate transitions.

There are real reasons why a contract may be unenforceable, void or voidable (illegality, unreasonable restraint of trade, minor, drunkard who promptly avoids a transaction upon sobriety) and thereby,  notwithstanding any application of severability, revocable; however in my opinion a boldly subjective condition precedent like the one written in italics above is not one of those reasons, nor should Griffin be used to support an opinion contrary to mine.

When reference is made to Griffin attention should be paid to the decision of Gordon Nelson Inc. v. Cameron, 2018 BCCA 304 (CanLII) in which the British Columbia Court of Appeal states:

“the case [Griffin] deals with a particular contract, does not lay down any general rule applicable to all financing conditions, and, expressly, does not purport to construct a contract for the parties to it. The case explicitly recognizes the right of parties to reach their own bargain. The most that can be said as a general proposition, in my opinion, is that the principle of good faith imposes a general duty of honest performance in all contracts: Bhasin v. Hrynew, 2014 SCC 71″.

Importantly, irrespective of the subjective or quasi-subjective meaning of “satisfactory”, use of the word “satisfactory” within a purchaser’s condition pursuant to an accepted conditional real estate sales “contract”, whether it be an accepted option or an accepted offer and thereby a contract does not mean the “contract” is revocable and unenforceable but rather it means there is an implied term whereby there is a general duty of honest performance (Griffin, Gordon Nelson, Bhasin) which is a standard less than the standard of “best efforts” referenced in Griffin which decision is now distinguished by Gordon Nelson. 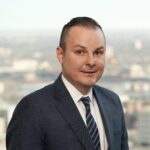