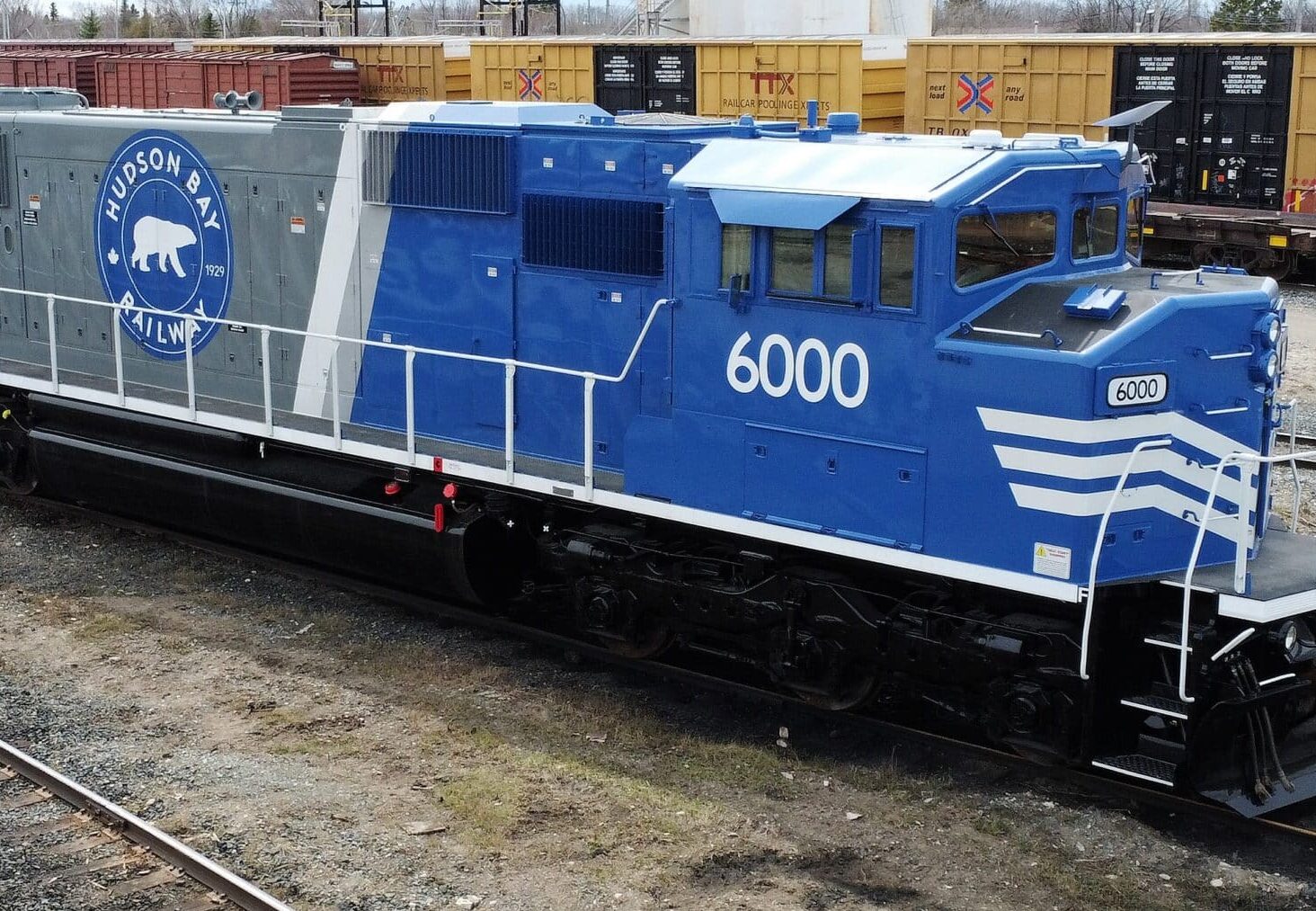 What’s the sense of talking about Indigenous business and the resource sector if you can’t get the resources to market?  Fortunately, Northern Manitoba has the Hudson Bay Railway and the Port of Churchill, which form the corridor that allows exploitation of our abundant resources.

Originally built by Canada in the 1920s and 30s the Bay Line and Port were transferred to American ownership in 1996.  In 2015, OmniTRAX announced that they were up for sale and the 2016 shipping season was cancelled.

Flooding in the spring of 2017 washed out the rail line at numerous locations north of Gillam, cutting off the Town of Churchill. OmniTRAX said repairs weren’t viable.

Churchill’s long-time Mayor Mike Spence recognized an opportunity.  He called newly-elected Onekanew (Chief) Christian Sinclair of Opaskwayak Cree Nation, suggesting that they enlist all the First Nations, Municipal and Northern Affairs Communities between the Pas and Churchill to buy the OmniTRAX assets. The group, calling itself OneNorth, was formed to purchase the businesses.  The name was chosen to represent the equality and unity of all the Communities, Hamlets, and First Nations in Northern Manitoba and Kivalliq that are invited to participate.

Thanks to $117 million in federal funding, on August 31, 2018, Arctic Gateway Group, a limited partnership of OneNorth and Fairfax, closed the purchase of Hudson Bay Railway, the Port of Churchill, Churchill Marine Tank Farm, and an associated freight forwarding business.

Against all odds, the washouts were repaired before winter and the first train in 18 months arrived in Churchill.

Even with significant government support, it became apparent that the rail line was in much worse shape than expected.  A rebuild would require more investment than Fairfax could justify, so it stepped aside in March 2021, leaving AGG and these critical assets wholly owned by OneNorth.

The ownership structure is unique:
• The Communities and First Nations on the railway line – 60 per cent
• The members of MKO (Northern Manitoba First Nations) and Peguis – 30 per cent
• Kivalliq – 10 per cent

First Nations, Métis and Dene Communities, Inuit Hamlets and Municipalities and Northern Affairs Communities are standing shoulder to shoulder.  When fully subscribed, OneNorth will be 80 per cent Indigenous-owned, with a majority by Northern Manitoba First Nations.

Governance includes local priority for employment and business opportunities.  OneNorth will act as a broker to connect investment with local opportunities.  Spin-offs will bring new wealth to the region.  It will become a “Corridor of Prosperity” for future generations.

But that’s getting ahead of ourselves.  What about fixing the track?

For decades, the Herchmer subdivision—the track between Gillam and Churchill—was notoriously bad and blamed on muskeg and permafrost.  However, an investigation using cutting-edge techniques like ground-penetrating radar and good railroading sense determined that the instabilities were not as extensive as thought.  They can be solved by a geogrid product forming a solid base.

The greater problem was far more basic.  The line had been built and maintained using materials from a gravel pit at Bird, near Gillam.  Most of that ballast was sand and round river stones.  Without the sharp edges of crushed ballast to grip the ties, they moved as a train passed over, often throwing the rails out of alignment and requiring constant repair.

A comprehensive rebuild plan was prepared for 2022-23.

This time, Manitoba stepped up too, recognizing that this is one of the most important infrastructure investments for the Province.

On the old railway bridge at the Forks, on August 3, Premier Stefanson and Minister of Economic Development, Investment and Trade Cliff Cullen announced a contribution of $73.8 million from Manitoba to support the repair plan.

Joining Manitoba’s representatives were Federal Minister of Northern Affairs Dan Vandal, MP Terry Duguid and long-time OneNorth supporter, MP Jim Carr.  They announced a further $60 million in funding to allow AGG to finally achieve a rail line that can safely and reliably handle all the traffic we can throw at it.

Thanks to everyone who went above and beyond to make this dream a reality.

As the natural resources of Northern Manitoba are developed, they will have good access to world markets.  Farmers can export grain and import fertilizers at significant savings.  The people of Nunavut and their mines can enjoy better service and lower costs.

And as the trains roll through The Pas, OCN, War Lake, Pikwitonei, Flin Flon, Fox Lake and all the other Bay Line communities, and when they pull into Churchill and the big ships come and go, the residents can point with pride and say, “This is ours; we own it.”

What a celebration there will be when the first of many distributions of profits goes out to the owners!

Pitblado is so proud to have been able to assist OneNorth in this long journey.